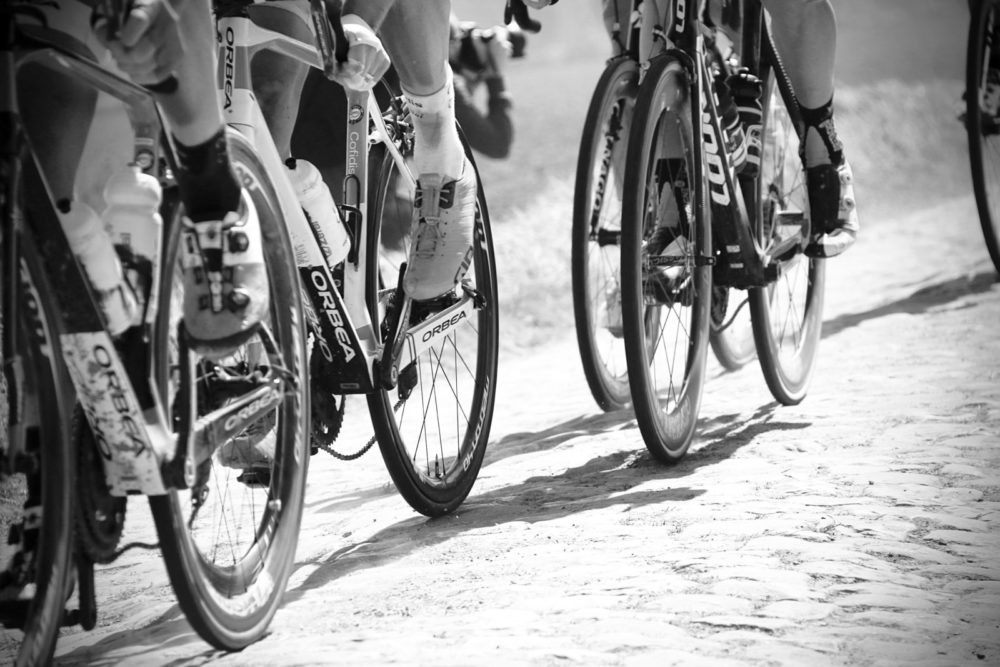 How Not To Be A Cyclist

Step One: Know nothing about road biking…seriously nothing. Zilch.

Step Three: (Attempt) to cycle 24 miles up and down the hills of Los Gatos at an ironman pace on a 20 year old bicycle.

Step Four: Wake up the next day and wonder if your limbs, like an un-oiled tin man, will actually make a creaking noise if you try to move them,

When I found myself in San Jose, CA one Spring I decided to join a cycling club, looking for an interesting way to explore the Bay Area. I heard about the meet-up the old-fashioned way–word of mouth at the local bike shop called La Dolce Velo. I was most excited about breaking in my newly acquired Craigslist find–a vintage Motobecane Nomade. The intense bike-culture of the Bay Area had pressured me into wanting a bicycle, and a cool vintage one at that.

Like an article of clothing or a face tattoo, your bicycle brand and model really makes a first impression there.

I knew little about the status symbol that was your ride, and even less about looking convincing maneuvering a road bike. Exploring the far reaches of the South Bay ‘burbs by bike seemed like a great way to convince myself and others that I could be a cyclist too.

When I arrived to the store I was greeted by four middle-aged men donning spandex, riding gloves, polarized glasses, and pedal-clip shoes. They smiled at me from their state-of-the-art Bianchi road bikes. To round out this picture for you: I was wheeling in my 8-pound bicycle, wearing yoga pants, Nike Frees, and fake Ray Bans. I was the only female.

Why this didn’t seem to phase me at the time, I still don’t know.

The short version is that I nearly cycled a Marathon that day up and down the Los Gatos mountains. Might I remind you I’m a native Floridian, the biggest hills we have are those made by ants.

There is certainly nothing more rewarding than climbing a mountain you didn’t think you were capable of conquering (particularly a literal mountain). My fellow riders kept saying that if I had their kind of equipment (that is, bicycles that weighed less than a safety-pin, with gears for biking on air), I’d be “leaving them in the dust.” How nice.

Likely this was an exaggerated lie, told to me as I tried to huff up one of the steepest climbs of that ride. I was close to vomiting and falling off of my barely-moving bicycle, while they all waited patiently at the top of the hill pulled off on an embankment. I can kind of see the scene now, like and out-of-body cartoon, all of them cheering me on secretly hoping they weren’t going to have to tow me home.

The next day I couldn’t feel my crotch, and I ate approximately four bowls of cereal for breakfast. I had no skin left on the inside of my thumbs, so I went around grabbing things oven-mitt style….But like most journeys that make you stronger, I’d do it all again.

Because honestly, these guys were some of the friendliest people I came across in all my time in South Bay. I recommend meeting them for a ride. Apparently they are not all as strenuous as the one I decided to tackle right out of the gate.

La Dolce Velo is an excellent bike shop full of super-educated bike enthusiasts. Which makes sense since there are some incredible rides and trails in the Bay Area for novices (myself), over-eager novices (myself), and Ironman pros (not me). Check out Bay Area Rides for ride inspiration.