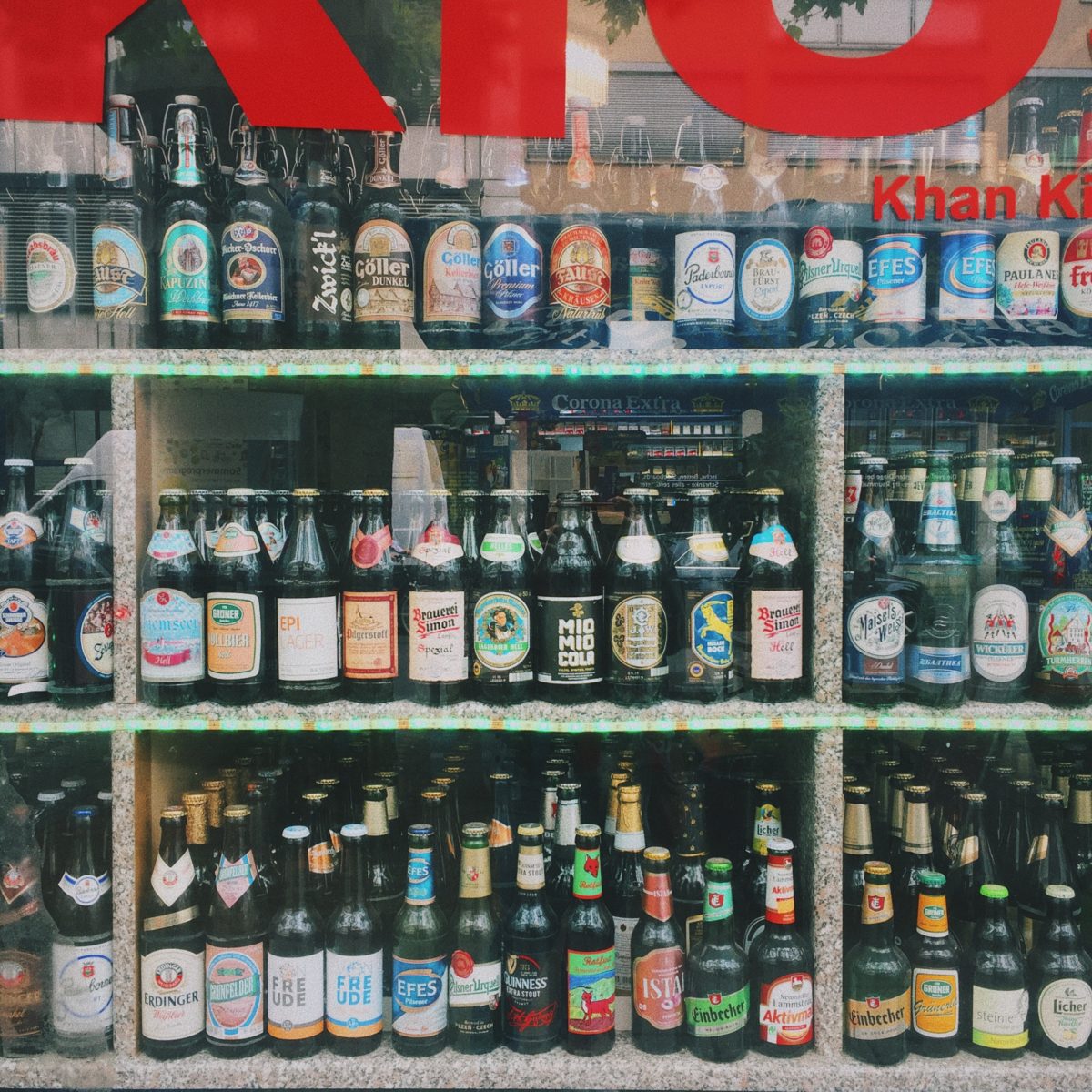 Here’s a quick round-up of some of my most memorable cold ones, a post better enjoyed with a beer. Tested and proven, for you scientific pleasure.

To be clear, there’s more where this came from. Apparently, I am THAT girl takes a picture of every beverage that’s every entered my lips. Historians will thank me.

If you happen to be following in my wandering footsteps, I hope you have the opportunity to sample some of these bevies.

I’ve thrown in a few non-alcoholic wild-cards in here so please keep reading…lest you leave thinking I have a drinking problem.

My time in Samoa was short, only a few hours. So what to do when time is tight? Find a bar full of locals, order a local beer, play some pool, kick-back and enjoy the fact that you’re on a remote island.

I was in New Zealand in the height of summer. Wending around outside was not ideal. So I did what I do best—I found the nearest coffee shop with air-conditioning (a bookstore called Ole’ Grumpy’s, obviously) and made myself comfortable with a second-hand book. But not without something to sip first (because WiFi is never free). What is Feijoa?…I don’t know. Wouldn’t know if someone threw one at my head. But it sure is refreshing.

Though I regret that my Kava experience was in Hawaii (because America has a tendency to regulate the fun out of  everything), I still enjoyed this earthy beverage and the way I happened upon it. On the outskirts of the Hilo Farmers Market, I wandered into an antique store which also doubled as a Kava Bar. I got myself a cup and sat in their outdoor courtyard adorned with rusting vintage signs and questionable furniture, embracing the sensation of my lips going numb and my disregard for being back to work in a few hours.

American beer is hardly anything to write home about. USA’s big-brew companies are known for quantity, not quality. But when you’re enjoying America’s National Pastime (and you’re the noob who booked tickets in DIRECT sunlight) American Beer is great. It’s freaking great.

A Pint of Guinness…or three

Most of you stopped reading at the Guinness part when you realized I was just another girl of cliches. But listen—Do. Not. Go. To. The. Guinness. Factory…If you’re going to enjoy Dublin’s finest beverage, skip the fancy (and wildly overpriced!) tour. My friend and I hiked all the way across Dublin to get to the brewery, finally arriving to discover lines of tourists curling around the building waiting for a tour and their “free” pint. We both looked at each other, walked two blocks around the corner to a local pub, ordered a pint and made ourselves comfy. BOOM, done. Same beer, better atmosphere. Not a tourists in the whole place (present company excluded). Three pints later (err each) my friend and I teetered out of there, fully satisfied with our authentic Guinness Experience.

When I finally set my backpack down at my hotel after a red-eye from Tokyo, a connection from Bangkok, and a confusing taxi ride from Krabi airport. I needed a drink…No seriously I needed water, I was probably really dehydrated. But instead I ordered a beer and papaya salad from a road-side stand. I gulped that Singha faster than I could finish my salad (bad idea). I was soon tipsy going on drunk. I found the chile pepper fire storm happening in my mouth amusing, rather than painful. I then proceeded to allow a Thai lady to give me a pedicure (still on the side of the road)….Maybe this is less a post about the power of Singha, but the benefits of water.

If you order anything but an Imperial at a bar in Costa Rica, just…just leave. The whole bar will probably go silent as you finish saying “-orona please” and you’ll hear the soft chirping of judgemental Costa Rican crickets. When I was there I was a blonde, pale, skinny American girl who couldn’t conjugate her verbs right. I stood out. But I felt cool and local saying “Un Imperial, por favor” with all the right inflections. This was about as good as my Spanish skills got while spending the summer there.

Lion and I have a special relationship. On the one hand, I savor the memory of sipping this beer while overlooking Sri Lankan shores and bobbing around in an infinity pool. On the other hand, by the end of this pint and a half, I had somehow booked myself a $1700 flight to the South of Italy…What?! There was definitely some travel voodoo magic at work here (and also the emotional influences of girl who thought she was in love with an Italian man… But that’s another story). Maybe this brew gives you the courage of lion? In my case, it gave me a roaring bout of reckless decision making.

Carey’s Bay Pub in Port Chalmers, New Zealand has a special place in my heart. While I was working aboard cruise ships, I spent more than two full seasons exploring the seaside towns of the North and South island. It’s in this sleepy NZ port town I looked forward to a good brew, a toasty fire, and perhaps a game or two of pool. Bookbinder Ale from Emerson’s Brewery just a few miles away in Dunedin was my go-to pint. Bookbinder is a reddish-brown pour and the closest thing you’ll get to an Amber Ale while in these parts. Enjoy it with some fish and chips fresh off the coast of the Otago Peninsula.

There’s nowhere better to grab boba than where it was born—Taiwan. On this hot day in Keelung, there was nothing more refreshing than this cool and milky drink (two things you’ wouldn’t imagine going well together, but do!). Hard to go wrong here in choosing where to grab a tall one, so just pick a street vendor and go wild with the flavors. If you can’t read em, tell the vendor to choose for you (wild card!). Sip slowly and don’t forget about those tapioca pearls at the bottom.

Cava, not to be confused with Kava, is a sparkling white wine found in the Catalan region of Spain. If you find yourself in Barcelona on a hot summer day, this refreshing white sangria will put you in the best of spirits.

I first had Volkan Beer in Athens at my favorite little outdoor beer bar aptly named “Beer Time.” Indeed, after hours under the Greek sun at the Acropolis–it was time for a beer. There are literally hundreds of beers here to try from all over the world, but I stuck with the Greek brews. This Blonde was unlike any beer I’ve ever had–earthy, herbal, and lingering. This brew uses water filtered through the island’s lava rock, and is infused with flavoris of Greek Honey and Citrus. Volkan also donates part of its sales to eliminating the Greek national debt, making me feel all the better about my afternoon beverage. Still on the list of things to do is visit Santorini for a brewery tour. I’m coming for you Volkan.

What are your most memorable pints abroad? Where’s the next brew I can’t miss?